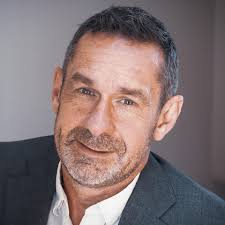 The Erich Fromm Prize 2020 will be awarded to Paul Mason

On 23 March, the 120th anniversary of Erich Fromm's birth, the International Erich Fromm Society will present the Erich Fromm Prize for 2020 to the renowned British economy journalist and author Paul Mason. With his radical critique of society and his passionate commitment to humanism, the jury sees his public work in the spirit and tradition of Erich Fromm.

Paul Mason, born in 1960 in Leigh, Lancashire, England, studied music and politics at the University of Sheffield. In 2001 he began as an economics journalist on the BBC Two's Newsnight program and joined the private Channel 4 News in 2014 as head of culture and economics. In 2016, he decided to work as a freelancer.

In his current book Clear Bright Future. A Radical Defence of the Human Being (2019) Paul Mason describes how a new right-wing populist development is becoming ever stronger worldwide, and how the danger is growing that humans will become slaves to the digital technology of artificial intelligence. Like Fromm in the 20th century, Mason sees the orientation towards reason and science threatened. He encourages the advocacy of these values and the fight against these dangerous developments. At the same time he is developing alternative ideas about how things could be different and better for as many people as possible.

Like Fromm, Mason demands that useful machines should be at the service of people, instead of making them dependent on them, as has happened until now and even more in the digital age. For Mason, too, this can only be achieved on the horizon of radical humanism.

The Erich Fromm Prize, endowed with 10.000 €, honors persons and initiatives which, through their scholarly, scientific, social, sociopolitical, or journalistic commitment, have achieved or continue to achieve excellence in preserving or reviving humanistic thought and action in the tradition of Erich Fromm. Former recipients include Eugen Drewermann, Konstantin Wecker, Jakob von Uexküll, Noam Chomsky, Anne Sophie Mutter, Christel and Rupert Neudeck, John Neumeier, and Hartmut Rosa.
The award celebration will take place at the Hospitalhof in Stuttgart, Germany, on Monday evening, March 23, 2020, 6:00 p.m. Part of the awarding celebration will be the Erich Fromm Lecture by Paul Mason. Tickets for the ceremony can be ordered from the Business Bureau of the International Erich Fromm Society, c/o Klaus Widerström, phone: +49 6157 9863261; E-Mail: info@fromm-gesellschaft.de.